Taylor is our new(ish) Front-End Developer working on tools for better data collaboration. 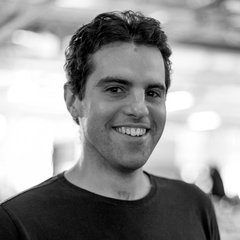 Taylor Lodge is Koordinates’ (relatively) new Front-End Developer. I caught up with Taylor while he was working on our recently-released Data Management for Teams plan.

Tell me about yourself. You’re from Christchurch, via the United States?

That’s right. I was born in Christchurch, but my mother's American, so I moved back and forth between there and the US when I was really young, and then we moved to the US when I was around five. So that's where I grew up.

And that explains the accent?

Yeah, that's why I’ve got this American accent. I don’t remember it much, though. Sometimes I’ll go into Google Maps and street view around where I grew up, but it's not very familiar. I was there for five years of primary school — grade school, as it's called. And then after that, we started living on a boat.

Wait a second. You lived on a boat?

Yeah, my Dad really liked sailing and at some point he bought a boat. And then we lived on it for almost four years. We sailed around the pacific and south-east Asia, everywhere from Tonga to Singapore. When I became a teenager, we moved back to Christchurch, where I started high school.

Is that where you developed an interest in programming?

Yeah, I've always been really interested in computers, so that’s what I spent my time doing at school. I went to an alternative school called Ao Tawhiti Unlimited Discovery, and had a lot of freedom over my educational plan. Most of my programming experience at that time came for making bots for Runescape.

Towards the end of high school, I got a job at Tait as a developer on their internal products. I went to university for a bit, but I was mostly self-taught. I knew I had some gaps in my knowledge, so I took the Dev Academy course at Enspiral, which is an intensive 12 week developer course.

Because I was one of the few students with developer experience, I ended up helping teach some parts of the course – which was great, because when you have to teach something, you really learn in properly.

After that, I had a job at Boost and Raygun, before landing at Koordinates!

And finally, why Koordinates?

I just liked the vibe that I got from everyone here, and I really liked the vision you have for the product. It’s really exciting. I could see the opportunity, and thought that it would be great to work on some properly new, cutting edge stuff that could really have an impact.